So I'm still working on new Dead Duck material, and the new publisher hunt is still afoot. But in the meanwhile, some of you may be saying, "I've read Dead Duck, and now I'm jonesing for another Jay Fosgitt graphic novel fix!" Y'know, because everyone still says jonesing these days. Well jones no more. I've got the cure what for joneses you.

During production of Dead Duck, Ape Entertainment publishers David Hedgecock and Brent Erwin approached me about working on a new comic idea they were kicking around. Their pitch was such:

Three misfit aliens come to Earth to conquer it, and consequently discover a world of giants (the aliens are only three inches tall compared to us).

They called their concept "Little Green Men". They showed me some preliminary art, drawn by a staff artist at Ape, to use as a launch point for the aliens' designs. And they gave me the aliens' names: Lartee, Gerlex and Moke, named after three classic movie comedians (and if you don't know who I'm talking about, you too must be new to this planet). 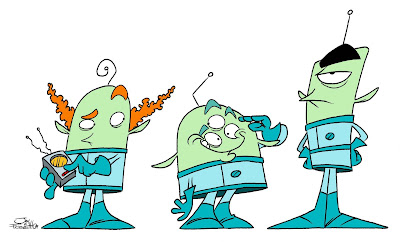 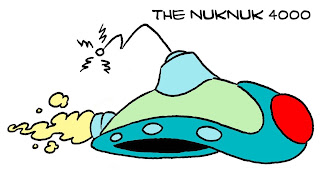 Beyond that, I was given free reign to develop the concept myself. I re-designed the characters, loosely based off the previous artists' design. I came up with their home world (the planet Blarf), their ship (The Nuknuk 4000), and everything else that fell on the comic page. And I've been the sole writer and artist of Little Green Men for over a year now. 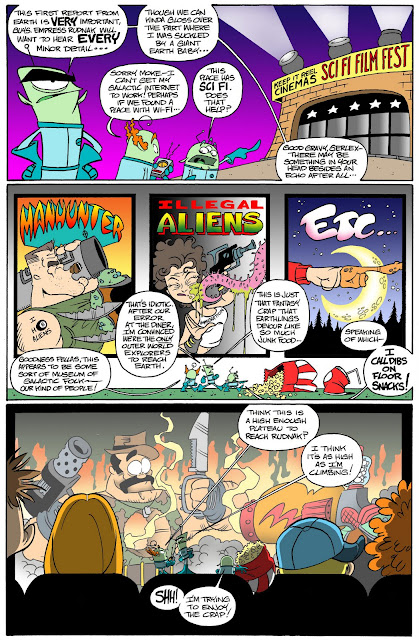 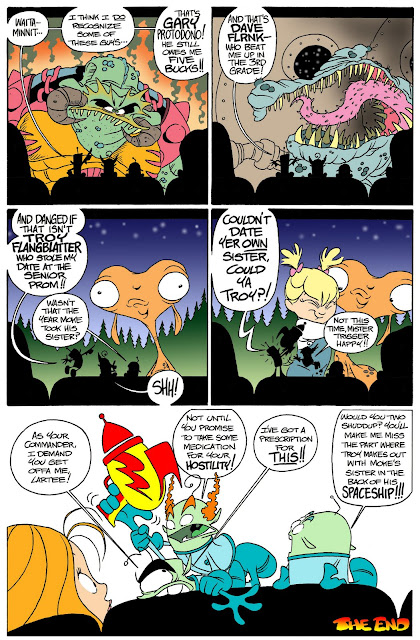 The comic has thus far appeared on Apecmx.com (which you can still view there). And in August, Ape Entertainment will be releasing the first Little Green Men graphic novel, comprised of all my LGM comics thus far. You can pre-order the book NOW through the June edition of Previews. Otherwise, you can pre-order the book through most standard bookstores by giving them this order code: ISBN #: 978-1-936340-11-8 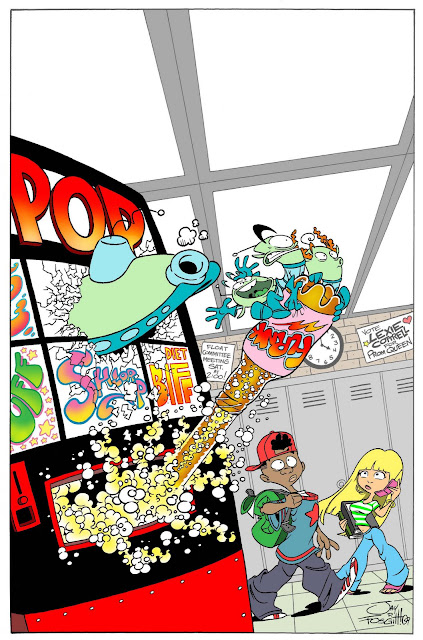 So if you can't wait until the next Dead Duck book comes around (and I know I can't!), then in the meantime, Little Green Men should satisfy your Jay tooth (trust me, everybody has one. Go ask your dentist).